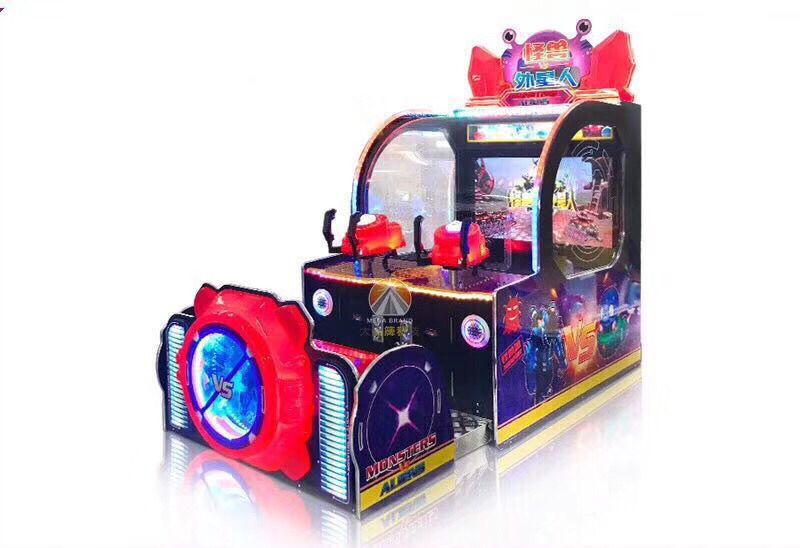 What is the trackball arcade game machine?

The trackball arcade game machine looks like a big black table, where there is a screen settled in the center of the machine. On one side of the machine, there is a control panel that is made up of a joystick and three buttons. When you are playing the trackball game, you just need to manipulate the joystick and the buttons to control your ball. The cocktail table arcade machine with trackballs is one of the classic arcade game machines that can be used to play all kinds of games using a trackball. Armed with the latest technology, this arcade game machine can give you an extraordinary feeling by providing authentic sounds and graphics. If you are 80s, our trackball game machine will transport you back in those old days when you are playing arcade games in a rough arcade game center. That will help you rediscover those happy memories you have gained from arcade games.

Since our cocktail table arcade machine has employed the universal JAMMA connector, it can compatibly run a large variety of trackball arcade games using a trackball. If you are 80s, we have the classic trackball games that can help you look back on your old days. It can be Namco 20 Year Reunion with Ms. Pac-Man, Team Play 2005 Re-Release of Donkey Kong, and Team Play Board with Centipede. Those classic arcade games will definitely help you find out your old memories lost deep in your mind. After the lament, you may also want to find something new to try on so that you can make a comparison between those old arcade games and the new ones. Then, our updated storage is strongly believed to be able to meet your demands.

Obviously, trackball arcade game is also a big attraction in the amusement arcade, from which those players can reap a lot of fun. As a park owner, if you want to introduce some classic games into your field, this will be a good choice.